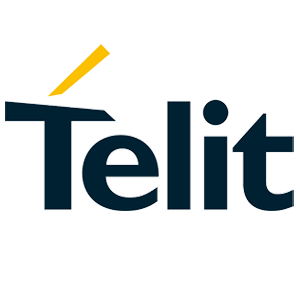 In uncertain times, such as those brought on by the global spread of the COVID-19 coronavirus, companies tend to stick to short-term plans and push back long-term investment.  In telecommunications we are seeing evidence of that already, with operators halting or slowing their 5G investment plans.  Partly this is caused by doubts about whether the infrastructure vendors can continue to build and deliver the equipment required during a ‘lockdown’ situation, but it is also partly driven by a need to conserve funding.

But businesses cannot standstill. The requirement for operational business efficiency is perhaps amplified during such times of uncertainty. Many projects in the IoT space, across all business and industrial sectors, are driven by operational requirements such as a desire to reduce machine downtime, improve preventative maintenance programs, or better harvest business data for analysis.

In these challenging times, companies wishing to progress these types of initiatives will want to do so safely in the knowledge that any investment made now, would not be rendered obsolete when the roll-out of 5G networks moves into full swing.

Telecommunications companies are halting or slowing their 5G investment plans with doubts about whether infrastructure vendors can deliver during the coronavirus pandemic. Click To Tweet

Right from the beginning, the mobile industry and the 3GPP – the industry body responsible for managing and approving the specifications and release of cellular standards – have looked to support the growth and development of IoT networks with a standards-based approach. In particular, the Mobile IoT refers to Low Power Wide Area (LWPA) networks conforming to 3GPP standards running on secure, operator managed, IoT networks within the licensed spectrum band.

LPWA networks are designed to support IoT applications and devices that are low cost, use low data rates, require long battery life and often operate in remote or hard to reach locations.  LPWA networks will play an important role connecting up the billions of devices that will comprise the Mobile IoT. LPWA technologies will serve a diverse range of vertical industries and will support a range of applications and deployment scenarios that existing mobile technologies are not best placed to host.

The two most widely deployed formats of Mobile IoT networks are NB-IoT and LTE-M. The extended coverage range and power consumption attributes of both NB-IoT and LTE-M are particularly impressive. In a wide range of use cases, devices connected over NB-IoT or LTE-M can have a battery life of more than 10 years.

Both NB-IoT and LTE-M have been adopted as standards by the 3GPP and will co-exist alongside other 3GPP 5G technologies to meet long-term 5G LWPA requirements.  Now accepted as 5G standards, the goal is for NB-IoT and LTE-M to be supported by the 5G core network and enable a smooth operator integration path to 5G new radio frequency bands.

NB-IoT is a LPWA technology that minimizes the power consumption of connected devices, while increasing system capacity, spectral efficiency and cell range, especially in locations that can’t easily be covered by conventional cellular technologies.

NB-IoT employs a new physical layer with signals and channels to meet the demanding requirements of extended coverage in rural areas and deep indoors while enabling very low device complexity. The underlying technology is much simpler than that of GSM/GPRS modules, and the cost of NB-IoT modules will continue to decrease as demand increases.

Supported by all major mobile equipment, chipset and module manufacturers, NB-IoT can already co-exist with 2G, 3G, and 4G mobile networks and the 3GPP wants it to continue to co-exist alongside 5G. It benefits from all the security and privacy features of mobile networks, such as support for user identity confidentiality, entity authentication, data integrity, and mobile equipment identification.

Supported by all major mobile equipment, chipset and module manufacturers, LTE-M networks will co-exist – just like NB-IoT –  with 2G, 3G, 4G and future 5G networks and will also benefit from all the security and privacy features of mobile networks, such as support for user identity confidentiality, entity authentication, confidentiality, data integrity, and mobile equipment identification.

The major differences between the two approaches are in their peak throughput and mobility capabilities, and therefore their targeted applications. NB-IoT is well suited to static smart meter and sensor deployments where the main requirement is to transfer small packets of data at set intervals. LTE-M, on the other hand, supports mobility for the tracking of moving vehicles and has far greater available bandwidth and can therefore support more data-intensive applications including the transfer of larger data-rich files. LTE-M can also support Voice over LTE (VoLTE) traffic.

Operators are rolling out NB-IoT and LTE-M services in the Asia Pacific, the Middle East, the Americas and Europe. AT&T, China Mobile, Etisalat, Korea Telecom, KPN, Orange, Telefónica, Telstra, T-Mobile, Verizon and Vodafone are among the operators deploying networks after piloting the technology across applications such as smart metering, smart parking, smart transportation and smart agriculture.

Indeed, in the first quarter of this year, across the world, some 107 NB-IoT and 45 LTE-M networks had been commercially deployed (source: GSA), meaning the technologies are quickly becoming ubiquitous. But though the choice of network technology is important for the type of deployment and the long-term viability of a project, in the world of IoT it can also be argued that everything starts at the edge, with the devices and the data they generate. Selecting the right devices at the network edge is a vital part of the planning process, especially as it will help guide the network technology choice. Unfortunately, it’s an area too many IoT platform providers undervalue at the outset.

We term this challenging part of the ecosystem ‘The First Mile of IoT™’ and have designed a module-embedded software system – compatible with both NB-IoT and LTE-M deployments – that can dramatically simplify the design, deployment and ongoing management of IoT networks.  Called OneEdge, the aim is to speed implementation, optimize performance, and automate operations to enable cost-effective ways to start and to scale massive IoT deployments.

Issues such as integration with existing systems, scalability, initial costs and ongoing management challenges have often caused enterprise IoT projects to falter or fail to deliver expected returns and operational benefits.  OneEdge addresses those challenges head-on particularly targeting time to market, the total cost of ownership and investment risk. What’s more, OneEdge is designed from the outset to enable enterprises to leverage the power of 5G network features – such as increased network capacity to host massive IoT deployments – and therefore provides the reassurance of a long-term, low power IoT solution.

To further simplify deployment, OneEdge modules are provided pre-provisioned with edge-to-cloud connectivity and are fully tested and network certified with built-in end-to-end security.  This means enterprises can connect devices to the cloud as soon as they are activated and can also manage all the devices from a single dashboard – this gives zero-touch onboarding, as well as remote provisioning, configuration, monitoring and troubleshooting.

There is little doubt that the network technologies that are now in place to enable IoT deployments today will stand the test of time and be able to take advantage of 5G networks and technologies.

Simplifying IoT deployment at the edge, and its management at the center, helps to overcome the remaining barriers to large-scale IoT installations.  By minimizing the investment risk, and smoothing the deployment, enterprises will quickly reap the operational benefits of their IoT projects and deliver against their targets. 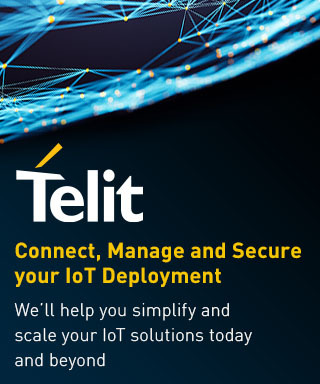 World Class Healthcare for All: The Rise of Gigabit LTE Networks...