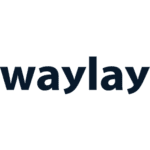 What will the companies of 2025 look like? Are we moving to a world of Total Automation? How will this impact our society? Is Low Code/No Code tech the future of automation? Where do we draw the line between simplicity and eventual complexity with this new cloud paradigm? Is open-source the saviour of multi-cloud strategy? Our objective is to bring together some of the most influential players in the automation community and spark conversation so that we can all learn from their discourse and interaction.

How can I join the debate?
Easy! Register for FREE. Interact, engage and help us by sharing your views and experiences. We want to hear from you!