5G will be here soon, and it will be much more than faster cell phone speeds. There are three application spaces designated for 5G– eMBB, the replacement of 4G mobile networks with faster 5G networks; URLCC, low latency high-reliability data transfer; and mMTC, low-cost massive device networks. The three application spaces are exciting areas to see the amazing benefits of 5G.

5G will be here soon, and that means much more than faster cell phone speeds. Learn about 5G's potential impact on IoT. via @iotforallClick To Tweet

There has been a lot of hype around 5G. Verizon, AT&T, Qualcomm, Intel, and many other companies are investing a lot of time and resources into 5G. There is a good reason for the hype as well. The promise of 5G is truly amazing with possible speeds 10 to 100 times faster than 4G. Speeds for Verizon’s 5G network in Chicago are currently reached up to 1GBs, which is truly insane. While it will take many years to get 5G setup, the network could provide numerous benefits–reliably live-streaming video, autonomous and semi-autonomous vehicles, massive sensor networks, and many more.

As described in the example above, eMBB is what most consumers will care about for 5G. eMBB describes improving the speeds of the current 4G LTE networks tremendously. To do this, there are plans to increase the frequency of cellular waves to transmit more data. Unfortunately, higher frequency beams are unable to penetrate buildings well, so arrays of receivers and transmitters are necessary to be installed throughout cities and towns to keep the signal going. eMBB networks are already being deployed in a few cities in the US as well as countries worldwide. You will need a 5G phone, which is currently Android only and quite expensive. Unless you live or plan to move to a 5G city, I would wait until you buy your 5G phone.

URLLC describes critical applications that have low-latency and high reliability, such as autonomous driving or robotic surgery. For these applications losing a data packet in transit or slow delivery of packets could be risky. The URLLC standard requires “sub-millisecond latency with error rates that are lower than 1 packet loss in 10⁵ packets”. URLLC is exciting, but with it comes many technological challenges such as synchronizing time-bases and time-sensitive network management.

The mMTC application is meant for massive IoT devices of battery-powered, low cost, and low data rate devices. The requirements as described by the ITU are:

Real-life applications of these devices could include smart metering, connected trash cans, bikes, bee farms or mouse traps. Technologies and protocols already designed for these use-cases such as NB-IoT and LTE-M have already made changes to support mMTC. 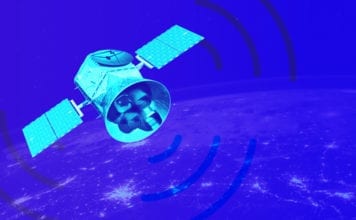