AWS Doubles Down on IoT with New IoT Products Announced at AWS re:Invent

Amazon’s yearly conference AWS re:Invent has been in progress over the past few weeks. During a Tuesday keynote from Dirk Didascalou, VP of IoT, Amazon doubled down on the IoT market with several IoT-focused products including Greengrass 2.0, AWS IoT Core for LoRaWAN, and AWS Fleet Manager for device and network management.

These products aim to eliminate undifferentiated development work and the operational burden of setting up and managing IoT systems. Amazon believes that IoT will impact both the bottom line and top line of businesses by increasing both efficiency and revenue opportunities.

IoT is not, has never been, and shouldn’t (in my opinion) ever be a one-size-fits-all propositionClick To Tweet

AWS IoT Greengrass 2.0 is a new version of AWS IoT Greengrass that is designed to make it easier for device builders to deploy and manage intelligent device software on AWS. It now provides an open source edge runtime, pre-built software components, tools for local software development, and new features for managing software on large sets of devices, according to the announcement. It’s built on an Apache 2.0 license, and available on Github and AWS IoT thing groups and Didascalou said it will allow development down to the command line for customization.

The new Fleet Manager console is a subsystem experience within AWS Systems Manager that is designed to allow users to manage resources on AWS and on-premise, according to the release. Systems administrators will be able to view and administer managed instances from a single OS-agnostic location, without needing remote connections, SSH, or RDP. It will require the Systems Manager agent to be installed on each server to be managed, some AWS Identity and Access Management (IAM) permissions, and AWS Key Management Service (KMS) enabled for Systems Manager‘s Session Manager.

Perhaps most interesting from the slew of newly announced features that Didascalou delved into is the AWS IoT Core for LoRaWAN, which he said allows AWS IoT Core customers to connect and manage wireless devices that use the LoRaWAN connectivity standard with AWS. It allows AWS customers to set up and manage LoRaWAN connections and networks within the AWS system with the intent of eliminating undifferentiated development work and enabling businesses to focus on core value.

What Does It Mean?

This LPWAN market report from 2018 pointed to the LPWANs (low-power wide-area networks) as the fastest growing IoT communication technology with LoRaWAN and NB-IoT as the market leaders. The announcement of AWS IoT Core for LoRaWAN is a validation – AWS clearly believes that LoRAWAN is here to stay and has invested heavily in building infrastructure to accelerate IoT adoption and capture marketshare.

The past several years have seen slow IoT adoption in part due to hesitancy from large enterprises to commit to a particular connectivity, driven by fear that the chosen connectivity might not exist a few years later and the investment would be wasted. AWS’s commitment to LoRaWAN is a boon to IoT acceleration and LoRAWAN growth due to the increased industry confidence alone.

More broadly, the enterprise IoT space is heating up as the major tech players like AWS, Microsoft, Google, and others continue to pour investment into IoT-focused infrastructure, products, and partnerships.

It’s becoming clear that LPWANs, including LoRaWAN and NB-IoT, represent major growth areas for IoT and the global pandemic has only accelerated the appetite and need for digital transformation within enterprises everywhere. What isn’t yet clear is what approach will have the greatest payoff.

Each of these three approaches represents a different view of the future of IoT:

It doesn’t have to be just one future, and it’s likely that all three approaches will work for different kinds of businesses and use cases. In true Amazon fashion, AWS is trying to win at all three and continue on its mission of becoming the everything store.

What Is an IoT Connectivity Management Platform and Why Do You...

Will phones and tablets eventually have Thread radios?

An FAQ on the Matter protocol

Covid-19 to have positive impact on the home automation market 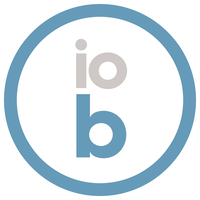 eBook: Industrial Internet Of Things – The Future Of Supply Chains

Will phones and tablets eventually have Thread radios?

An FAQ on the Matter protocol

Covid-19 to have positive impact on the home automation market

eBook: Industrial Internet Of Things – The Future Of Supply Chains