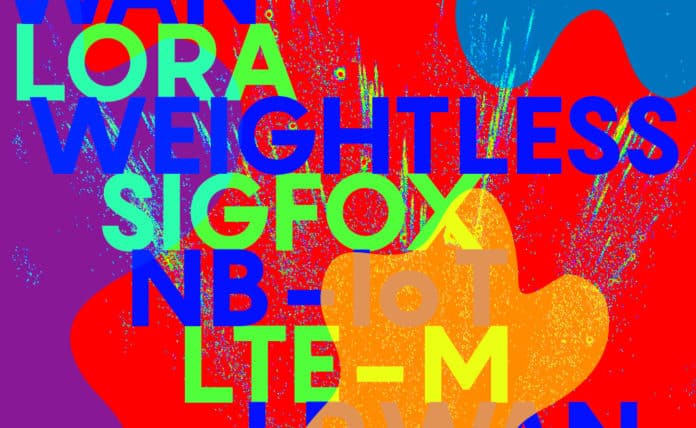 This is the second installment in our series on LPWAN (low-power wide-area networks). See the first installment for an overview of LPWAN, including what it is and the benefits of LPWAN technologies over other IoT connectivity solutions. In this installment, we’ll compare the major LPWAN technologies and players in the space. You’ll gain a broad understanding of which LPWAN is right for your IoT application and how best to move forward.

While there are many LPWAN technologies and standards, we’ll be focusing on SigFox, LoRa, Symphony Link, and Weightless, because these technologies are under active development or deployment. Although there are other proprietary protocols and stacks such as the Dash7 Alliance Protocol, they haven’t gained as much traction and won’t be covered in this article. LTE-M and Narrowband-IoT (also called “NB-IoT” and “LTE-M2,” and explained beautifully here) have recently emerged as new, big players in the space. With 5G sweeping over the horizon, the rapidly-transforming IoT connectivity landscape is poised for another major shift. It’s crucial to understand both how LPWAN fits into that landscape, and how to weigh the costs and benefits of different LPWAN technologies in the space, in order to be well-prepared for future transformations in connectivity options.

The following sections will provide an overview of each of the LPWAN technologies. In the rest of this series, we’ll devote individual posts to each of the options, taking a deeper dive into the various pros and cons of each. We’ll also do a technical drill-down on their underlying technology stacks.

With 5G sweeping over the horizon, the rapidly-transforming IoT connectivity landscape is poised for another major shift. Knowledge is power, so make sure you understand existing LPWAN technologiesClick To Tweet

LTE-M and Narrowband-IoT (NB-IoT) are promising additions to the LPWAN space. LTE-M is Third Generation Partnership Project’s (commonly known as “3GPP”) response to intense interest in LPWAN solutions that piggyback on standard LTE connectivity while preserving resources. NB-IoT is another 3GPP construct challenging the disruption Sigfox and LoRa Alliance (below) ignited, however, NB-IoT is different from LTE-M in that it operates outside of the LTE construct.

One big advantage of NB-IoT is due to its simpler waveform: the technology consumes minimal power. Another big advantage is cost. By choosing chipsets specifically engineered for NB-IoT protocols, which have simpler construction, the overall component cost is reduced. Lastly, NB-IoT has potential advantages for smart city applications. LinkLabs predicts NB-IoT might have better building penetration compared to LTE-M. On the flip side, deploying in the US will be difficult because of the ubiquity of LTE, and since chips that also embrace LTE-M are often prohibitively expensive, you’d have to choose. But often it comes down to your specific use case; NB-IoT is probably best suited to static assets like smart meters while LTE-M has benefits in roaming applications such as vehicles or drones.

LTE-M has notable advantages. First, it has higher data rates, which is important for data-rich use-cases. And unlike NB-IoT, the front-end is relatively simple. However, in addition to LTE being primarily a US technology, there are other limitations to consider. For one, we’re still getting a sense of power efficiency with LTE-M. There are also draconian licensing issues to consider. Who wants to be paying firms like Qualcomm and InterDigitals to license cellular intellectual property?

In general, larger economic and practical forces might shape the NB-IoT vs. LTE-M debate. We’re likely to see major US service providers pushing LTE-M since they’ve already invested billions in LTE technology. By contrast, in the rest of the world where GSM spectra are the norm, we can expect to see a preference for the (non-LTE) NB-IoT protocol.

The LoRa Alliance is an open, non-profit association formed to foster an ecosystem for certain LPWAN technologies. It has about 400 member companies throughout North America, Europe, Africa, and Asia, and its founding members include IBM, MicroChip, Cisco, Semtech, Bouygues Telecom, Singtel, KPN, Swisscom, Fastnet, and Belgacom.

LoRaWAN is the open-standard networking layer governed by the LoRa Alliance. However, it’s not truly open since the underlying chip to implement a full LoRaWAN stack is only available via Semtech. Basically, LoRa is the physical layer: the chip. LoRaWAN is the MAC layer: the software that’s put on the chip to enable networking. A more detailed yet simple introduction to LORAWAN can be found on Jensd’s I/O Buffer’s blog.

The functionality is similar to SigFox in that it’s primarily for uplink-only applications—data from sensors/devices to a gateway—with many end-points. Instead of using narrowband transmission, however, it distributes information across different frequency channels and data rates using encoded packets. These messages are less likely to collide and interfere with one another thereby increasing the capacity of the gateway.

Founded in 2009, SigFox is a French company based in Labège, France. SigFox has had significant traction in the LPWAN space due to its successful marketing campaigns in Europe. It also boasts a vast ecosystem of vendors including Texas Instruments, Silicon Labs, and Axom. Recently, SigFox has invested most of its efforts into the rapidly accelerating European market—a consideration for US-focused adopters.

SigFox uses proprietary technology, an example of using a slow modulation rate to achieve a more extended range. Due to this design choice, SigFox is an excellent option for applications where the system only needs to send small, infrequent bursts of data.

Possible applications include parking sensors, water meters, or smart garbage cans. However, it also has some drawbacks. Sending data back to the sensors/devices (downlink capability) is severely limited, and signal interference can become an issue.

Link Labs is a LoRa Alliance member and thus uses the LoRa chip mentioned above. However, instead of using LoRaWAN, Link Labs has built a proprietary MAC layer (software) on top of Semtech’s chips called Symphony Link.

Link Labs was founded in 2013 by former members of the Johns Hopkins University Applied Physics Laboratory and is headquartered in Annapolis, Maryland.

Weightless SIG (special interest group) was founded in 2008 with the mission of standardizing LPWAN technologies. There are five “Promotor Group Members” including Accenture, ARM, M2COMM, Sony-Europe, and Telensa.

Weightless is the only truly open-standard that operates in the sub-1 GHz unlicensed spectrum. There are three versions of Weightless that serve different purposes:

Weightless N and P are the more popular options since Weightless-W has a shorter battery life.

Nwave is very similar to SigFox regarding functionality but boasts a better MAC-layer implementation. It claims to use “advanced demodulation techniques” to allow its network to coexist with other radio technologies without additional noise. Like SigFox, it’s best for sensor-based networks, temperature readings, tank level monitoring, smart metering, and other such applications.

This standard uses FDMA+TDMA modulation in 12.5 kHz narrowband (greater than SigFox but less than LoRa). It also has an adaptive data rate, similar to Symphony Link (200 bps to 100 kbps). The sensitivity is quite high, -134 dBm at 625 bps and supports both PSK and GMSK modulation.

Weightless-P makes sense for private networks, more sophisticated use cases, and cases in which controlling uplink data and downlink data is important. Development kits for Weightless-P are just starting to come to the market now.

There are important nuances between the LPWAN technologies discussed above, and with the new competition of NB-IoT and LTE-M protocols, it can be hard to keep track of the shifting LPWAN landscape. I hope that this series empowers you to make informed decisions when choosing among different LPWAN technologies for your next IoT solution.