IoT For All
Home Internet of Things Digital Transformation
LIKE
6 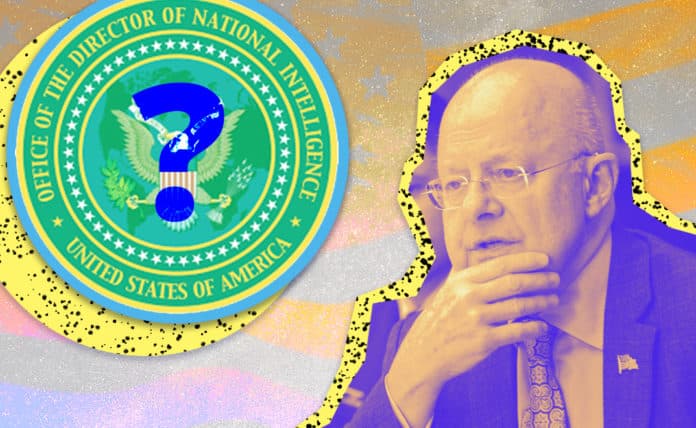 Tweet
Share
Share
Email
The Internet today is affordable. About 3 billion people have access to it, and they’re using it for just about everything. We are online 24×7, checking our phones for emails and Instagram notifications. As the era of automation dawns, the internet is evolving and becoming an integral part of our lives. The Internet of Things (IoT) is a network of devices like vehicles, home appliances, and other electronics. They’re connected together synergistically, enabling them to change, connect, and transfer data to one another effortlessly via the internet. IoT involves extending connectivity beyond standard devices to traditionally ‘dumb’ devices and objects. The time has now come when everything is (or will soon be) connected to everything else. As artificial and human intelligence fuse together, the world may one day become a single thinking entity. Experts are already predicting the ‘fourth industrial revolution’, in which all the ‘dumb’ machines are connected to each other.

“We are looking at a future in which companies will indulge in digital Darwinism, using IoT, AI (Artificial Intelligence), and machine learning to evolve rapidly in a way we’ve never seen before.”

It’s truly the ‘survival of the fittest’ principle in action. IoT is making our devices more alive by the second. “We’re at the beginning of the beginning,” says Alain Louchez, managing director of the Center for the Development and Application of Internet of Things Technologies, a global research program based at the Georgia Institute of Technology. “We’re in the foothills of a huge mountain we have to climb. We can barely guess how big the IoT transformation is going to be.”

With the arrival of IoT, a lot of turmoil will happen that will change the way the world has been functioning. As it evolves, you will see IoT unleashing its true potential in the coming years. From driverless vehicles to automated toasters to digitized healthcare to inter and intra-vehicular communication, it will lead to the creation of the ‘Smart City’, which will make our day to day lives easier and ensure energy and environmental security. It will change the way societies function in the future. In businesses, there’s a common fear that the arrival of new technologies leads to the elimination of many jobs. While increased digitization led to a significant reduction in the number of job profiles companies staffed for, it’s also true that there has been a transfer of jobs as well as new roles were created. People who adapted to new technologies have been the ones who have been able to take on new kinds of jobs, with less manual work and more income. The world isn’t static. It’ll keep on changing and evolving with innovative things. The new IoT era will need more scientists, engineers, and application developers with battalions of algorithm writers and coders. Some research actually shows IoT leading to net job growth, even in the short term. According to a 2015 study on Germany’s industrial-sector IoT by the Boston Consulting Group (BCG), as many as 70,000 data scientist positions will be created in the next decade alone. BCG found that even people who shifted from traditional to new age jobs ultimately became more productive and were able to reduce their overall workloads. Digitization moved their jobs away from repetitive old-fashioned tasks to more automated, digitized ones.

According to a study by the United Nations, food supplies will need to increase by 60 percent to feed the global population by 2050. With land and water shortages coupled with the impact of climate change affecting the crops, there are concerns that we aren’t doing enough. With the help of advanced sensors, satellite imagery, and AI, we can see a few rays of hope as the spread of IoT devices increases. One can now detect changes in weather, soil, seeds, and crops in order to limit water usage and reduce wastage. This, in turn, can help small farmers to lead sustainable lives.

“I’m looking at how to make growing food as local as possible. And by local, I mean taking the bookshelves in your home and turning them into a farm because [in the age of e-books] you don’t need as much space for books anymore.”

You already have an idea of how IoT has transformed our homes if you have been following our blogs. We live in the age of IoT. It’s no longer some far off concept or an imaginary world anymore. IoT is already here.

IoT will lead us to a transformative future in which there’ll be home automation, wearable technologies, connected health monitoring devices, and even refrigerators that tell us when they are empty. Autonomous vehicles will drive you to your workplace, pick up groceries for you, and bring both you and your goods home. Imagine not needing to look for parking spaces anymore. Smart parking will help you locate and park your cars. You won’t need to call anyone for medical emergencies; your smart health monitors will do the work for you. But with so much good comes a little bad. It’s like a yin-yang. Collecting all your health data can lead to major privacy violations. Our day-to-day activities will be monitored in ways that we can’t even imagine.

Everything that depends on the internet can be hacked. Sooner or later, if something can be run via algorithms, there’ll be a set of algorithms trying to break that system. Another drawback with having more connected devices is unwanted surveillance. If devices controlling your door locks, for example, are hacked, it could lead to intruders having the equivalent of a master key to any home with that device. Such hacks could be government intelligence agents or cybercriminals. Either way, your privacy is no longer guaranteed.

“In the future, intelligence services might use the IoT for identification, surveillance, monitoring, location tracking, and targeting for recruitment, or to gain access to networks or user credentials.”

— James Clapper, former US Director of National Intelligence, quoted in 2016.

A little while after Clapper’s statement above, Wikileaks claimed the CIA has been developing security exploits for a connected Samsung TV.

“Additional needs are emerging for standardization,” the Internet Society says. The devices can cause mishaps if they’re not working on a single platform where they can communicate easily. Major IoT providers are trying to address the need for standards. For example, Microsoft has launched its own system for IoT devices called IoT Central. It gives businesses a central platform for setting up IoT-enabled devices. Microsoft claims that the system will simplify the creation of IoT networks with better IoT standardization. However, as long as the solutions remain proprietary, truly universal standards will remain a pipe dream. True interoperability of IoT devices will require them to talk to one another, hold each other to high-security standards, and provide enough openness to encourage innovation. #IoT may well be the force that shapes our future. But before we can truly embrace its power, we'll need to take IoT #standardization more seriously. || #Data #BigData #Standards #Protocols @IEEESA @ComputerSociety @LoRaAlliance @Actility Click To Tweet

Many in the IoT space see how the technology’s transformative power will shape our future world. However, in the excitement to uncover the world of possibilities it promises, we must give pause to ensure that convenience doesn’t come at the cost of security. The issue of IoT standardization is best addressed while we’re still in the early stages of IoT adoption. Only then can we truly embrace the new age of connectivity.

Top 8 IoT Solutions for Fintech Providers (and How to Develop...

What is an API? – A Simple, Non-Technical Explanation