IoT is Reshaping Heavy Industry | IoT For All

IoT For All
Home Internet of Things Industrial IoT
LIKE
10 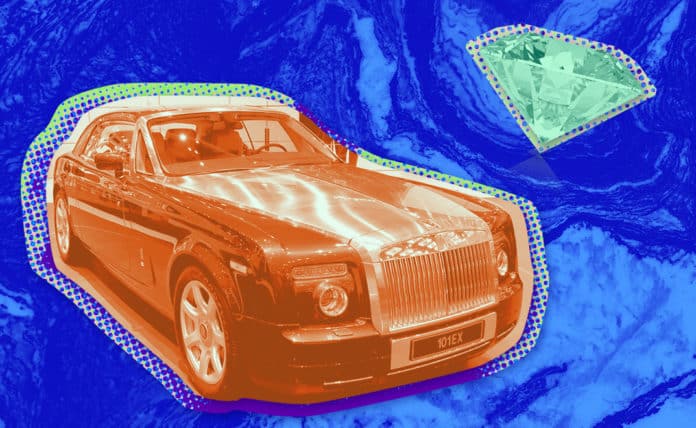 From the handheld Black Hornets to the 40-meter wingspan of the Global Hawk and beyond, unmanned aircraft systems have already revolutionized warfare. At the same time, self-driving cars are bound to overhaul ground transportation. Look no further than Alphabet Inc.’s (i.e., Google’s) Waymo and the fresh, out-of-the-box robot taxi called Zoom.

With new developments in autonomous transportation happening at sea and on land, IoT is reshaping heavy industry. The growing network of IoT systems integrating Big Data and AI is changing not only the way we travel but also the way we ship goods. Heavy industry is on the cusp of a revolution. Let’s look at two breakthrough IoT solutions for the freight and mining industries to understand better how IoT is reshaping heavy industry for tomorrow’s world.

Over the past few years, ship designers, operators, and regulators have been designing a future in which cargo vessels would sail the ocean with a minimal (or even virtual) crew. The industrial conglomerate Rolls Royce has even developed an innovative Ship Intelligence strategy for reshaping the marine business environment. And big surprise, they’re harnessing the power of “big data.”

“Autonomous shipping is the future of the maritime industry. As disruptive as the smart phone, the smart ship will revolutionize the landscape of ship design and operations.” – President of Rolls-Royce Marine Mikael Makinen

In a 2017 collaboration between global towage operator Svitzer and Rolls Royce, the latter demoed the world’s first remote-controlled cargo ship. The 28m-long Svitzer Hermod can be operated entirely without a human crew. During the demo, a human captained the vessel from a control room in Copenhagen harbor. Berthed alongside the quay, the ship undocked, turned 360°, and moved to the Svitzer HQ nearby before docking again.

The Svitzer Hermod is equipped with a Rolls-Royce “Dynamic Positioning System,” which feeds the onboard remote control system with real-time data. The vessel is also fitted with a wide range of IoT sensors which gather and combine different data inputs (including various types of radars, HD visual cameras, night-vision and life-based sensor systems, thermal imaging and LIDAR) in order to give the captain an enhanced understanding of the vessel and its whereabouts.

Recently, Rolls Royce partnered with Google to use the latter’s Cloud Machine Learning Engine to train its own AI-based object classification system so that it can detect and track surface objects that vessels may encounter at sea. And since the next step in the development of autonomous operations vessels will have to provide information and signals to other ships—most of which will be human-crewed for some time—Rolls Royce is also considering Google’s speech recognition system. A breakthrough in speech recognition would enable unmanned ships to detect messages and send their own to human-commanded ships automatically—a working coexistence.

Autonomous ships like the Svitzer Hermod can monitor their own health, identify and communicate with their surroundings, and make data-driven decisions through sensor clusters that are vital to autonomous operations. Since these prototypical ships no longer need to accommodate a crew, they could also hold more cargo, thereby reducing operational costs.

The ship’s sensors and intelligent systems are already in testing with operators. Rolls Royce is planning to put an autonomous fleet into commission by 2020. In the long run, the company aims to build a robot boat control center operated by just 7 to 14 people, who would be able to monitor and control an entire fleet of ships sailing around the world. Here’s the Star Trek inspired concept artwork presented in Amsterdam last year.

Over the last decade, Rolls Royce has been investing in the digital transformation of the marine industry, establishing an Intelligent Analytics Center in Norway and a Research & Development Centre for Autonomous Ships in Finland. There’s plenty of reason to expect even more innovative developments on the horizon for maritime transport.

'Autonomous ships like the Svitzer Hermod can monitor their own health, identify and communicate the surroundings, and make decisions based on sensor-generated data. This could transform heavy industry logistics.' Click To Tweet

Rio Tinto’s Mine of the Future

The Svitzer Hermod is a good example of how IoT is reshaping heavy industry, but Rolls Royce isn’t alone. In 2008, Australian mining giant Rio Tinto launched its Mine of the Future program. Tinto introduced the first fully autonomous haul trucks.

“I smile when I hear the rush to develop autonomous vehicles by Uber, Google and pretty well every car company on planet Earth. Rio was the first mining company to introduce fully-autonomous haul trucks in 2008.” – Rio Tinto’s former CEO Sam Walsh at a conference earlier this year.

Tinto’s autonomous trucks operate in huge, open-pit mines that are far away from the nearest service and maintenance points. All the more reason for these trucks to be equipped with IoT devices that enable predictive maintenance. Due to these sensors, the company is able to monitor the trucks’ condition. They can address mechanical issues before they affect workstreams. This complex IoT system reportedly saves the company $2 million per day every time a breakdown is avoided. That’s $730 million annually. And this is just one example of how IoT is reshaping heavy industry to enhance human potential.

With 69 autonomous trucks in operation, Rio Tinto is now the largest owner and operator of autonomous haulage system trucks. But the company’s pursuit of innovation doesn’t stop with the autonomous trucks. 10 years ago, the giant announced the AutoHaul Project – the autonomous train program designed for the transportation of iron ore to port facilities. Following a 3-year hiatus, triggered by the global financial crisis, the program was re-launched in 2011.

Rio’s self-driving trains, nicknamed AutoHauls, started running in autonomous mode in early 2017. At present, around 50 percent of pooled fleet rail kilometers are completed in autonomous mode (with drivers on board) and 90 percent of pooled fleet production tonnes are AutoHaul-enhanced. In fact, the AutoHauls are proven to travel faster than human-operated trains. At this year’s Gartner Data & Analytics Summit in Sydney, Rio Tinto’s Growth & Innovation Executive Steve McIntosh said that “in recent trials, the autonomous trains delivered the product to the port nearly 20 percent faster than a manned train.” AutoHaul is a great example of how IoT is reshaping heavy industry and driving a digital transformation of Tinto’s core businesses.

Tinto’s iron ore business includes 16 mines, 200 locomotives, over 1,700km of track, 3 ports, 3 power stations, and a water and sewer system spanning an area the size of New South Wales. Altogether their operations generate 2.4 terabytes of data per minute from hundreds of pieces of mobile equipment and sensors. That IoT deployment provides real-time asset tracking and condition monitoring of utility equipment.

In order to handle such a deluge of data, the company built a state-of-the-art operations center that revolutionized the concept of mining. Located in Perth, AU, this NASA control center lookalike makes it possible for the company’s mines, ports, and rail systems to be operated from a single location. 16 individual mines are thus integrated into a unique mine processing and logistics system: an effective industrial IoT network. The network is controlled by operators 1,500 km away from the physical mines. IoT is reshaping heavy industry without question. We should pay close attention to future developments in this industrial sector.

Your Guide to Understanding the Current Component Shortages

How IoT is Driving the Autonomous Vehicle Revolution

Privacy as a Privilege: The Flip Side of Tech Advances

Podcast E013 | What Type of Smart Home Devices Should You...