Technological progression and scientific advancement have always gone hand in hand. We are living in an age of constant scientific discovery, born from both the efficiency of scientists in the modern age and the desire to extend our knowledge about the natural world. Every day, scientists inch closer to successfully bioprinting complex organs, curing diseases with gene editing and perfecting predictive medicine. Collectively, these breakthroughs have the ability to significantly alter many aspects of our lives. However, the current research environment does not maximize researcher potential. As a result of this, research papers have had to be retracted, and discovery yield has subsequently been affected. The solution is the implementation of the Internet of Things (IoT) into the laboratory environment to add a new layer of efficiency to the way research and development are conducted and bring us closer to achieving the smart lab.

Data collection and experiment automation through IoT could be key to unlocking the full potential of researchers.Click To Tweet

The Problem with the Current System

Scientific growth is obstructed by a number of barriers that exist in the laboratory. Barriers come in the form of human errors, compliance issues or simply a lack of communication between devices and researchers.

Currently, scientists face the daily task of manually recording data output from the machines, a repetitive method that is not only time-consuming but also carries a risk of human error as all humans make mistakes from time to time. Other issues that often arise are related to data loss, which can happen when a scientist is too selective on what to record; paired with this is the issue that sometimes scientists are not able to decipher handwritten notes or data.

These common issues every laboratory faces are perpetuated by the lack of connectivity in the laboratory, both between equipment and researchers, and nothing solves connectivity issues better than an IoT-enabling system.

The main objective of implementing IoT into the laboratory is to achieve a more effective way of conducting experiments and collecting research data. The implementation of IoT enabled devices will facilitate the connection of all elements of the laboratory from scales to centrifuges. With this technology, machine output can be directly streamed into a digital format, saving the scientist valuable time and effort along with eradicating the risk of human error.

An IoT enabled laboratory will see all devices connected to the cloud or local server, that can be controlled by the researcher externally and accessed from anywhere with an internet connection. With a number of devices and sensors connected to a central system, scientists will be able to conduct their experiments in a more productive manner, without unnecessary obstructions or error-related complications.

IoT can take many different forms in the laboratory, and the most common is in the form of automation. Some vendors propose the best course of action to be automating all laboratory equipment, down to material containers. However, this can often be an expensive solution only available to successful industry laboratories.

This system builds upon the existing features of the laboratory, simply adding a level of internet connectivity, it is these features that make it a cost-effective, reliable IoT solution.

As of yet, despite a small initial uptake, the adoption of IoT in the laboratory has seen a substantial increase of demands, particularly in the industry realm of research and development due to the need to compete on a global market.

This demand has grown alongside the societal shift to digital solutions and emphasis on greater access to data. By implementing IoT into the laboratory, experiments are executed easier, data is documented more accurately and research is more accessible. As the digital world converges with the physical, it is not surprising that IoT enabling digital solutions are gaining popularity in research and development.

Yet, IoT is but one aspect of the move to revolutionize laboratories. It is a key component needed to achieve the smart lab, the future of laboratories.

Now, you’ve probably heard of smart homes and cities. Similar to these concepts, the smart lab involves connecting laboratory devices and machines to the internet.

With the added connection, a researcher will be able to control all laboratory devices externally allowing them to execute an experiment quicker, and with greater precision.

The smart lab system also enables easier data documentation, with added machine learning and AI technology to streamline experiment procedures. In this way, it connects every tool in the laboratory not just to the researcher, but also between each other, creating a truly smart, productive environment where machines can predict experiment outcomes and produce experiment hypotheses.

With the reduction of human intervention in the basic tasks of the laboratory, researcher time will be freed up, so they can dedicate more time to pressing benchwork. This ability will facilitate the methods of experiments and as the data is digital, and stored on the cloud, it will ensure that no scientific research is lost; collectively, these benefits are expected to perpetuate waves of further scientific development.

What Does the Future Hold?

The nature of the laboratory environment is what makes it the perfect place for IoT implementation. With an emphasis on precision, efficiency, and compliance, discovery yield could substantially increase with the added productivity brought by IoT enabled devices.

As science is governed by a stringent set of measures and regulations to ensure that research is accessible and compliant, e.g. FAIR (ensuring research is findable, accessible, interoperable and replicable), researchers are increasingly looking for methods to achieve this without investing in new laboratory devices and machinery.

Notably, there are other digital solutions, such as the laboratory inventory management system or the electronic lab notebook that facilitate a central platform for research data storage and documentation. Smart labs will connect software, devices and laboratory teams, a comprehensible solution for scientists.  In these ways, IoT will shape the way research and development are conducted for years to come. 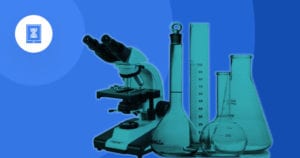 Laboratory asset tracking solutions use IoT-enabled sensors to monitor the location and usage of equipment, to prevent loss and increase productivity. 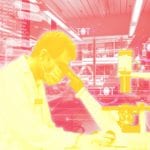 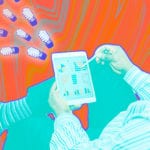 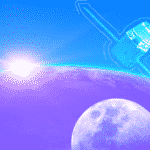 Science and Technology Strataggem August 7, 2019
For nearly 60 years, communication with a spacecraft has been through radio waves. Optical alternatives, while experimental, are emerging.

The Role of AI in the Future of Business Intelligence
November 21, 2019