Today, we rely on IoT devices more than ever. In a world increasingly connected by devices, it’s extremely convenient to use an IoT device for every purpose imaginable. They’re not only limited to different industry uses — they’ve found their way into our homes and have become a standard part of our lives.

To avoid compromising safety caused by even the simplest cyberattacks, we must ensure that connected devices are secure by design with a substantial or high level of security assurance.Click To Tweet

IoT devices more frequently used tend to be those that provide physical security and safety. Often called part of the cyber-physical IoT system, these devices bridge the gap between the cyber and physical space. However, in some cases, IoT security is a serious issue because cybercriminals can jeopardize human lives by overriding cybersecurity systems. Let’s have a closer look at IoT security and physical safety.

Physical safety IoT devices include systems like surveillance cameras, door locks, smart safes, fire alarm systems, access control systems, and similar devices mostly used to secure a location or prevent a hazard. They make up a significant portion of today’s 20 billion connected devices and will continue to be widely used as the number of IoT devices is expected to reach 31 billion by next year.

There’s no denying that these devices are essential in ensuring the physical safety of people who use them. However, they do have a fatal flaw — their cybersecurity, which makes them vulnerable to criminals partnering with hackers. For example, they don’t need to come up with a way to pass by the surveillance cameras unnoticed — all they have to do is disable the system.

Most connected devices have unfortunately been proven to be easy attack targets for cybercriminals. Security cameras are the most prominently attacked IoT physical safety devices, as even the most rudimentary attacks can disable them and jeopardize the entire safety system.

This is a consequence of a lack of cybersecurity regulations and the state of the market, allowing the sale of devices that can be easily exploited. If we consider the importance of the role these devices play, it should be paramount to make sure that they can’t enter the market unless their cybersecurity status is satisfactory. Unfortunately, this is not the case.

For example, the use of honeypot solutions can help fool the attackers and lure them away from the actual physical safety systems of devices that they are trying to attack.

Furthermore, it would also be beneficial to think in terms of real-time security alerts and proactiveness when dealing with cybersecurity threats to ensure the security of physical safety IoT devices.

It is expected for IoT devices to have certain vulnerabilities, but those devices that ensure our physical safety should not be subject to the whims of cybercriminals.

To avoid loss of life or a decrease in safety caused by even the simplest cyberattacks, we must ensure that these devices are secure by design with a substantial or high level of security assurance taking into account the risks due to the intended use.

IT and Security IoTerop February 26, 2021
Reducing the cost, complexity, and time required to deliver secure firmware updates is possible with the help of the Internet of Things. 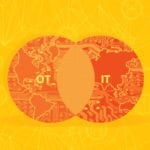 IT and Security Guest Writer February 19, 2021
Digital transformation technologies are taking a new shift with the advent of IIoT. Integration of new software technologies with OT and IT is key to success. 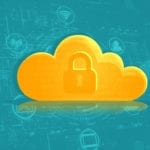 The Connected World an...

IT and Security Guest Writer February 1, 2021
As we further embrace the benefits of a data-driven world, digital transformation will fundamentally change how an organization operates and how it drives the adoption of cloud solutions.

Industrial Internet of Things: When the Best of IT & OT Combine
February 19, 2021

The Connected World and What it Means for the Future of Cloud Security
February 1, 2021