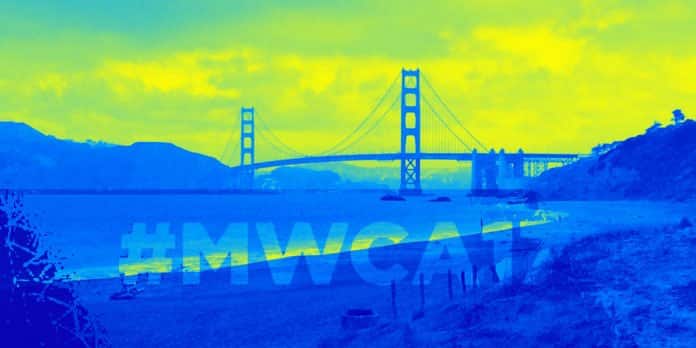 Greetings from the city by the bay! The IoT For All crew attended the inaugural Mobile World Congress Americas / CTIA combo conference at Moscone Center and has boiled down several days and fifteen miles of walking into 3 key takeaways.

You couldn’t swing a dead Cat-M1 without bumping into a booth heralding the latest IoT offerings by the carriers. Despite all the hype and promise, there are three issues holding LTE-M technology back right now: availability, connectivity cost, and battery life.

LTE-M and NB-IoT modules are still being certified so end devices and sensors are not yet available. It’s a little tough to build an Internet of Things application without the Things so don’t expect to deploy anything real until the first or second quarter of 2018.

Connectivity cost is also a big problem for large-scale enterprise deployments. On a bit-for-bit basis, LTE-M costs nearly 5-10x more than your traditional consumer cellular plans and although $1/month for service doesn’t sound like much, try multiplying that by a million devices and you can see that the math simply doesn’t work.

If you’re building a consumer IoT application and you’re able to charge your users $10/month then it might be the right solution for you but don’t expect to see any businesses stepping up to the plate in a major way until the economics are solved.

Another well-known issue with LTE-M is battery life. Compared to alternative LPWAN technologies like LoRa and Ingenu RPMA built from the ground up with power management in mind, LTE-M chews through battery power in a hurry. Sequans, Qualcomm, and other module vendors are exploring deep sleep mode enhancements that will greatly increase battery life but those solutions won’t be available for quite awhile.

If long-life, battery-powered applications are important to you, check out the non-carrier LPWAN solutions – they’re affordable, available now, and speaking from experience, they work very well.

2. AI and APIs Are Everywhere

If you’re a software company and you haven’t integrated AI/ML techniques into your offering or exposed APIs to ease integration with other systems, you’re about to be left behind. The days of closed systems without built-in, domain-specific intelligence are in the rear view.

The conference had a hip startup area called 4YFN (4 Years From Now) that was jam packed with all sorts of cool AI-inspired and API-as-a-Service companies. Some of the highlights included visually programmed robotic Lego-like cubes for kids of all ages (Cubroid), hyper-local worldwide air quality readings and heat maps available via an API (BreezoMeter), and predictive plugins that offer up tailored suggestions in real-time as you’re browsing the web based on your train of thought (Biggerpan).

Although the Big 5 are still the kings of AI, many smaller companies are building on top of their services or rolling their own machine learning algorithms to solve many niche areas in IoT.

3. IoT as a Business Enabler Has Arrived

Having attended CTIA conferences for many years, this was the first year that IoT was not an also-ran at a major wireless show. At last year’s CTIA in Vegas, there was only a small section of the show floor dedicated to IoT.

This year, IoT was fully integrated into nearly every booth across 3 full buildings at Moscone Center. It was clear that IoT has transitioned from a shiny new object into a technical approach that everyone is taking seriously.

Although there is still plenty of work to do and deploying IoT solutions can be a complex and risky endeavor, the benefits outweigh the downsides and businesses are taking notice. Now’s the perfect time for companies to get off the sidelines and start using IoT to increase profitability, automate inefficient processes, or improve customer satisfaction.