How RFID is Transforming Asset Tracking - IoT For All 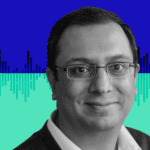 In episode 79 of the IoT For All Podcast, Impinj Executive Vice President of Engineering, Hussein Mecklai, joins us to talk about RFID and its applications in IoT. Hussein shares some of the recent advancements that have opened up new applications for RFID, as well as some of the Applications where RFID really shines.

Hussein’s background has primarily been in wireless connectivity and computing, but he’s been in engineering leadership positions for the past 20 years. Before joining as the EVP of Engineering at Impinj, Hussein was the Vice President and General Manager of the architecture group at Intel.

Impinj’s primary focus is on RAIN RFID and its use to gain insights and track assets across a number of industries and verticals. Impinj’s offerings include services to enable the deployment of RFID, building the technology for individual tags and their surrounding infrastructure, as well as a line of readers built to showcase the range of capabilities RAIN RFID has.

To kick off the episode, Hussein gave us some background on RFID itself and what features make it such a great fit for the IoT space. The first big benefit to RFID, according to Hussein, is how cost-effective it is. The cost of tagging items can be as low as 5 cents per tag, making it feasible to tag individual products at a store or individual shipments. Another benefit is that RAIN RFID is a passive technology, meaning that it operates on the power from the reader, enabling RFID tags to have a long shelf life, because there are no batteries to replace or maintain. And finally, compared to other passive technologies life NFC, RAIN RFID had a much longer range. According to Hussein, Impinj has successfully achieved readings at up to thirty feet away in indoor environments.

“It changes the paradigm when you have that kind of range and distance,” Hussein said, enabling all kinds of new applications and Applications.

Changing gears, Hussein shared some of the Applications where he’d seen RFID make vast improvements to operations, including at Delta Airlines, where RFID tags were used to track baggage from check-in, onto the plane, through transit, and finally back to the customer. Or at Zara, where RFID tags could be used to track inventory as it made its way to stores, ensuring not only that the inventory made it to stores exactly when it was needed, but preventing the costly process of unpacking, repackaging, and reshipping items that were mistakenly shipped.

Hussein spoke to some of the technological advancements that have made RFID a better option for asset tracking, including the creation of tags so small they can be sewn into clothing labels. What was interesting, Hussein said, “was that we had to innovate at so many different levels and we had the whole ecosystem working with us to figure it out – how do you handle something that small?”

As RFID continues to evolve, the opportunities for the technology’s use will continue to grow and Hussein said he foresees greater use for preventing food spoilage and increasing efficiency in the supply chain for perishables, including tracking the origin and spread of contaminated food or products.

Interested in connecting with Hussein? Reach out to him on Linkedin!

About Impinj: Impinj helps businesses and people analyze, optimize, and innovate by wirelessly connecting billions of everyday things, such as apparel, automobile parts, luggage, and shipments, to the Internet. The Impinj platform uses RAIN RFID to deliver timely data about these things to business and consumer applications, enabling a boundless Internet of Things.

(07:26) How does that offering apply to Applications in the real world?

(14:56) In what stage of the developmental process are most companies coming to you in?

(16:28) Can you speak to how the technology has evolved, and what that’s going to allow?

(20:45) Can you talk about some of the technological challenges you faced and how they were overcome?

(23:02) As IoT develops and matures, what role do you see RFID playing?

(26:58) In what applications does RFID really shine?

(28:22) How do you handle scaling a business like this as demand increases?

(33:00) Is there any news we should be on the lookout for from Impinj?