Qowisio, The Things Network, and Zigbee - The Other LPWANs

IoT For All
Home Internet of Things Asset Tracking
LIKE
5 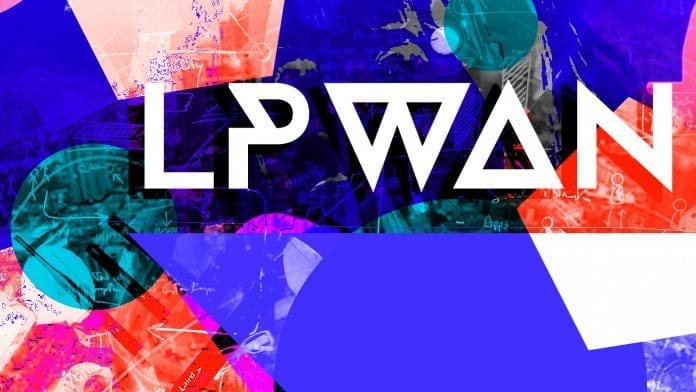 The Rise of LPWAN

Sigfox, LoRa, and other LPWANs are getting a lot of attention around the world as they roll out their public wireless networks. What makes them so attractive is that they can deliver low cost, long range communications systems.

Their costs for hardware and network connectivity are so low that it’s made it financially viable to monitor thousands of new applications. Hardware costs for modems are under $15 and the monthly costs are much lower than cellular. Some networks are charging a dollar per-year per-device, as opposed to cellular providers that charge that much per-month.

It’s been exciting to see the incredible number of new applications pop up. Suddenly, it can be cost effective to monitor almost everything. This is creating vast amounts of collected data to help users lower costs and optimize their experiences. This data is also helping manufacturers to improve product design and reliability.

A Rising Tide Lifts All Boats

An interesting side effect of all these new networks is that this rising tide has floated some old boats. Many of the old technologies are getting a new look to combat the perceived shortcomings of Sigfox and LoRa in security, speed, and (surprisingly) cost. Each of these might justify a future blog post, but here are high points:

Given the very small data payload on some of these networks and the fact that they don’t provide message acknowledgment, it’s impossible to get the level of security some applications need.

The data can’t be encrypted securely enough (at best AES 128 bit encryption), and there’s no guarantee that messages will be delivered. Additionally, some users are concerned about having their data moved over a public network and stored on public servers.

To get the range these networks can deliver, they trade speed. Sigfox networks transmit at around 0.1kbps and LoRa-based networks can range between 0.3kbps to 22kbps, though to get decent range, expect speeds around 0.3kbps.

Additionally, these speed issues can create significant latency. Some LoRa networks can see latencies of up to 10 seconds or more for a single packet in heavily loaded networks talking to distant devices.

While Sigfox and LoRa networks are very cost effective, some applications still look for additional savings through building their own private networks.

Whether the cost is the real driver or some combination of these other requirements, it’s hard to tell, but some competing technologies are seeing a resurgence and some new companies are getting a significant leg up.

They bill themselves as an IoT solutions provider, with more than 40 off the shelf end-to-end solutions. These solutions include:

Since 2009, Qowisio has an international presence in 30 countries (Africa, Middle East, Europe, US) with over 10,000 gateways installed.

What kinds of companies would choose Qowisio over Sigfox?

Companies that have devices they want to monitor that are contained in a specified geographic region. For example, universities wanting to monitor security systems, outdoor lights, panic buttons, etc, could use Qowisio across their campuses. Oil and gas companies looking to monitor well heads and pipe pressures across a large drill site are also interested in private network solutions like this.

Since these companies own the buildings or equipment on site, building the network is easy. They can optimize the network for its latency requirements (sub-second for alarms) and the data is secure within their own private network. It never goes out onto the Internet or is visible to other users.

Qowisio’s UNB network is very similar to Sigfox’s and very different from LoRa’s spread spectrum architecture. Their approach is different, because they focus on building end-to-end solutions, not just on network transport. This allows them to deliver many of the same features (long range, low power) as Sigfox, but in a private, secure network setting.

On the LoRa side, there are alternatives to the traditional public networks, such as The Things Network, a crowd-sourced, community of 85 countries building a global, public LoRa data network.

It has the same shared network issues of other public LoRa networks, except that they’re offering this in a free, public, shared network. While the final hardware is yet to be released (June of 2017), the network is already up with over 2,500 gateways. These new gateways will cost about 20% of competing products.

The Things Network will allow those looking to use LoRa technology to build private and shared networks for their applications. The maker community is excited about this network because of its crowd-sourced hardware and open-sourced software. For students, developers, and those comfortable with an open network, this is an interesting alternative to networks like Comcast’s LoRa network, MachineQ.

Additionally, If you’re looking for true private LoRa solutions, most LoRa hardware manufacturers (MultiTech, Link Labs, etc.) can help you design and build this kind of solution with features not found in the public networks, like Quality of Service (QoS) tiering of messages, higher speeds, and over-the-air firmware upgrades.

Back in the late 90’s and early 2000’s, before LPWAN systems were rolled out, Zigbee networks were being used to monitor many of the applications cited for LPWAN networks. While the technology was designed for 100-meter range, there are adaptations of this technology that allow it to provide wide-area coverage: meshing and higher power devices.

While mesh networks have been attacked for being unstable in heavy traffic situations, they can be a good architecture for AgTech, Smart Home, Smart Building and Smart City applications where the devices being monitored are within close proximity. This allows Zigbee devices to be daisy-chained to extend the range.

There are many examples of this technology deployment. CropX is replacing its cellular radios with Digi’s XBee 2.4 GHz radios in their irrigation monitoring application. Owlet Nightshift by Schreder is using ZigBee to monitor and control street lighting in a number of cities around the world. There are thousands of these examples out there.

The 2.4 GHz frequency choice for ZigBee is important, because it can be used worldwide without modification. LoRa and Sigfox’s networks use different frequencies and have different performances depending on which country they are being used in.

Lest you think these old technologies are becoming more niche, according to a recent analyst report from ON World, shipments of 802.15.4 low-power wireless chipsets–the ones used for Zigbee hardware–doubled in 2014 and is on track to increase by 550% by 2020. More than 2.5 billion 802.15.4 chipsets will have been sold worldwide by 2020.

Whether you choose UNB, LoRa, or Zigbee platforms, the good news is that these technologies will continue to decrease in price as the volume of shipments increase and more and more solutions providers, systems integrators and network providers will continue to build new applications.

How Developers & Mobile Providers Can Take Advantage of IoT

How to Ramp Up Your Smart Home and Lot Device Security