WiFi for Enterprise IoT: Why You Shouldn't Use It 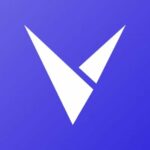 So you’re building an IoT solution and you’re ready to select your connectivity approach. Should you use Bluetooth? WiFi? LoRa? Cellular? Satellite? As I’ve explored in a previous post, the connectivity approach you choose ultimately comes down to the specific needs of your Applications. Some Applications favor mobility and bandwidth, and power consumption doesn’t matter as much. Other Applications favor extensive battery life and broad coverage, and bandwidth doesn’t matter as much. In this post, I argue that for Enterprise IoT solutions, you shouldn’t use WiFi regardless of the Applications.

The lack of reliability and control that comes enterprise WiFi makes it too risky as the connectivity backbone for an IoT solution.Click To Tweet

At first glance, WiFi is a tempting option due to its widespread adoption, which means that:

Look a little deeper, and you’ll find that things aren’t as rosy as they first appear…

Enterprise WiFi is Unreliable, Inconsistent, and Hard to Troubleshoot

To build and implement a successful IoT solution, your connectivity needs to be reliable and consistent. When there’s an issue that needs troubleshooting, knowing that certain components of your IoT solution are reliable and consistent enables you to narrow your focus and address issues more effectively. There are many challenges in IoT, many of which stem from operational challenges and from having thousands of devices out in the real world where they’re subject to harsh, ever-changing environments.

In a well-functioning IoT solution, the majority of issues will stem from the process, firmware, or hardware. That’s already three different areas of investigation when troubleshooting if you have to add in connectivity as a fourth option, the troubleshooting difficulty multiplies. This is why it’s so important that the connectivity be reliable and consistent.

Unfortunately, enterprise WiFi is neither reliable nor consistent when it comes to IoT solutions and it’s hard to troubleshoot. Here’s why:

1. Each Network is Uniquely Configured

For large enterprises, each WiFi network is configured differently making it difficult (if not impossible) to build a one-size-fits-all IoT solution. This means that you’ll need to travel on-site for each deployment of your IoT solution (which raises costs). While this isn’t unique to WiFi, as other connectivity approaches may require on-site installations, the complexity of the enterprise-specific WiFi permutations hinders the ability to test sufficiently before traveling on-site.

To increase the likelihood of a successful IoT deployment, therefore it becomes necessary to work closely with the local IT team to conduct testing, to understand the enterprise-specific WiFi configuration, and to make necessary updates to devices and/or IT infrastructure. However…

2. The Local IT Team has Misaligned Incentives

It’s the job of the local IT team to make sure their enterprise’s IT infrastructure is secure and reliable. Connecting dozens, hundreds, or even thousands of devices to that IT infrastructure poses a high risk to both security and reliability while offering little upside to the IT team.

It may be true that your IoT solution will generate immense value for the enterprise to which you’re deploying, but this value is often not to the IT team directly. The local IT team will have other internal requests on their plate, and providing you support so you can deploy your IoT solution will likely be low on their list of priorities.

This means that the stakeholders who you need most, due to their understanding of and control over the local WiFi setup, are least incentivized to help you. Let me be clear, I’m not attacking IT teams generally, but I’m pointing out the inherent misalignment of incentives even with the most capable and well-meaning IT teams.

Even if you get your IoT solution up and running…

3. You Don’t Have End-to-End Control

A small change to the local WiFi environment may break your entire IoT solution. The local IT team is under no obligation to let you know of such changes, and will likely not even realize that their changes may impact your IoT solution.

The lack of end-to-end control means that the success or failure of your IoT solution doesn’t rest solely within your hands. Customers don’t care why their shiny new IoT solution isn’t working and that it’s not your fault, they just care that it isn’t working. Without the ability to control the entire system end-to-end, this puts you in a risky position.

The lack of reliability, consistency, and control that comes with using enterprise WiFi as the connectivity backbone for an IoT solution ultimately makes such an approach too risky and expensive. When possible, it’s far better to bring-your-own-network such as a private LoRa network, so you can ensure greater reliability and consistency, maintain end-to-end control, and troubleshoot more effectively if there are any issues. 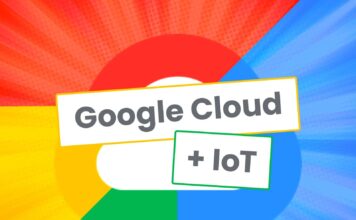 IoT Business News
The installed base of fleet management systems in the Americas to reach 34 million units by 2026
Nov 29, 2022