How do Cellular Networks Work for IoT? 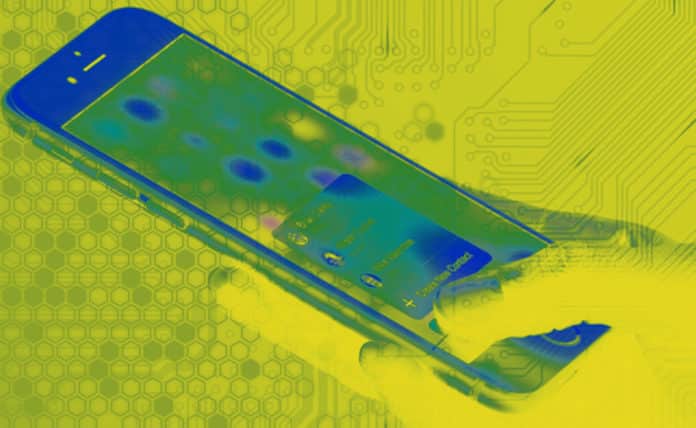 Cellular networks provide the backbone for much of what we know and love, allowing us to access the internet, get rides, connect with friends, shop, watch videos, and much more. In addition to the personal benefits we’re all familiar with, cellular networks also serve a critical and growing role in many Internet of Things applications.

In some of my past posts, I’ve explored other connectivity technologies including WiFi, Bluetooth, and LPWANs. The reason we have so many options for connectivity is because IoT applications can differ drastically, meaning varying requirements.

Although connectivity technologies continue to be improved, ultimately, there will always be a tradeoff between power consumption, range, and bandwidth. Cellular connectivity has historically been focused on range and bandwidth at the expense of power consumption, meaning that it can send lots of data over long distance but drains battery rather quickly. This is fine for devices that are connected to an electricity source or that can be recharged often (i.e. your phone), but a no-go when it comes to IoT applications that require remote sensors and devices to last months or years on battery.

However, that’s not the full story when it comes to cellular. You’ve probably heard names like 2G, 3G, and 4G, but new cellular technologies like NB-IoT and LTE-M are aimed specifically at IoT applications. And 5G is likely to also prove beneficial for IoT, and transformative generally.

How do Cellular Networks Work?

When we call, send texts, or access the Internet through our mobile devices, we are sending signals wirelessly to nearby cell towers. These cell towers both receive our signals and send signals back down to us. The cell towers are parts of base stations, which have wired connections to other base stations and to the internet, helping to ferry information across distances greater than the coverage of the individual cell tower.

If all wireless communication attempted to use the same frequency, there would be too much noise and interference for clear communication. As such, the FCC regulates which frequency bands can be used by whom, and cellular carriers each have a specific band that they’re allowed to operate within (for example, Verizon is in the 746-757 MHz and 776-787 MHz bands).

But even with their own designated bands, carriers still need to consider interference. If a carrier had two cell towers close to each other and operating on the same frequency, their signals would interfere with one another and cause issues for anyone trying to use the network in that area.

The solution to this issue is also the answer to the next question.

Why is it Called a “Cellular” Network?

It’s called a cellular network because the network operators split up areas into “cells”. Each cell has a cell tower that operates at a different frequency than adjacent cell towers. If you use a hexagonal arrangement, for example, this means that you only need 7 different frequencies to ensure that the same frequency isn’t used in adjacent cells.

As users move between cells, their frequency is automatically changed to switch over to new cell towers (called a handoff).

There is much, much more that goes on behind the scenes to manage large numbers of users all using the same network simultaneously while on the move (i.e. “mobile”), but I’m going to keep this post high level.

What Does a Generation Mean?

Even if all of the above is completely new to you, you’ve almost definitely heard terms like 3G or 4G before. These refer to the 3rd and 4th generations respectively.

Each generation is a set of standards and technologies that are defined by a standards body call the ITU Radiocommunication Sector (ITU-R). The organization is responsible for managing international radio-frequency spectrum and standards, which helps ensure the effective use of spectrum. Without such a body and rules governing who can use what spectrum, different companies and organizations might interfere with each other and degrade overall service.

However, it should be noted that there can still be different technologies even under the same standard. For example, the UMTS (Universal Mobile Telecommunications System) is the 3G technology used primarily in Europe, Japan, and China while the CDMA2000 system is used in North America and South Korea.

Starting with 1G systems, which were introduced in the early 1980’s, a new generation has been introduced about every 10 years since. Each generation has brought new frequency bands, higher data rates, and new transmission technologies (which are non-backwards compatible).

Several carriers have made announcements that they’re shutting down their 2G networks, this is to free up radio spectrum for other uses. Any machines that were using 2G radios will need to have their radios replaced by a new generation to continue working.

Is Cellular Connectivity a Good Option for IoT?

It all comes down to your specific use case. As mentioned in the introduction, cellular has historically been a bad fit for many IoT applications because it consumes a lot of power and can be costly on a per-unit basis. This has limited cellular connectivity to applications that have a direct power source, need to send a lot of data, don’t involve a ton of devices, and are in populated areas.

For use cases that require sensors/devices to be battery powered, don’t require a lot of data to be sent, have thousands of devices, or that might be remote, cellular hasn’t been an appropriate choice. But some of that is changing.

Carriers are pushing forward with new cellular technologies like NB-IoT and LTE-M which are specifically aimed at the Internet of Things. While you would still need to be near populated areas (to be near cell towers), these technologies will provide low cost, low bandwidth, low power connectivity that will enable a plethora of new IoT use cases that are currently cost-prohibitive.

Keep an eye on these cellular technologies in the coming year as multiple carriers are set to launch their service.

What’s the deal with 5G?

The next generation of cellular connectivity promises to be revolutionary, offering speeds of up to 100Gbps (compared to the 1Gbps of current 4G). This massive bandwidth will be a critical enabler for many applications of the future including autonomous vehicles, augmented and virtual reality, and more.

Perhaps one of the most transformative effects of 5G will be that it can serve as a substitute for physical cable. Instead of the time and resource intensive build-out of cable infrastructure, cities and businesses can use 5G to meet their needs. This also opens up new applications to using the cloud, which might have previously been limited by the amount of data that needed to be sent, instead relying on local processing.

In addition to high bandwidth, 5G also promises ultra-low latency and a high degree of reliability, making it an enabler for industrial IoT applications as well. The factories of the future can forego wired Ethernet in industrial production environments to become dynamic and reconfigurable factories that change with new demands and requirements.

The first specifications for 5G were agreed upon back in December of 2017, and now carriers will be rolling out 5G in 2019. We’ll see the first full deployments in 2019 at the earliest and the full potential won’t be unlocked right away, but this is an extremely exciting area to watch. 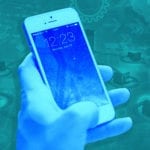 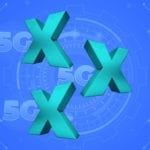 Cellular Semtech February 16, 2021
With so much buzz around 5G, it’s easy to forget other options better suited for a vast amount of use cases. Let’s examine three common misconceptions about 5G.