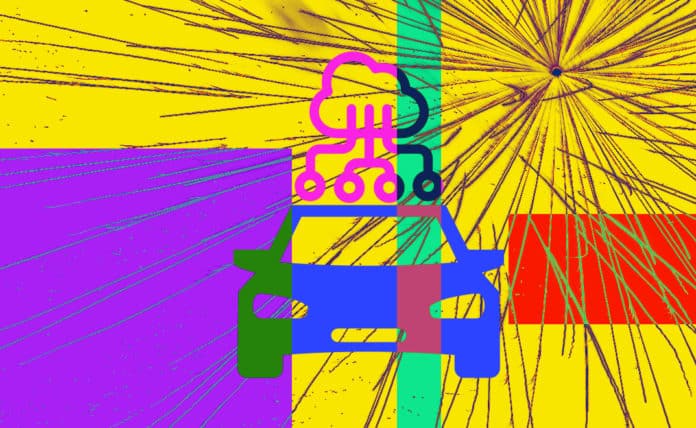 Cars are becoming increasingly complex and powerful networks with an ever-growing number of in and outside applications that take advantage of connectivity. The connected car can save lives, it can save fuel, and it can make transportation on the whole much more efficient. But even though its potential has been shown, it’s still in its infancy.

Car connectivity takes place at many different levels: at the level of intra-car communications, car to driver, car to passengers, car to car, and car to infrastructure.

The connected car in its current form enables and enhances a number of useful services for its users, such as on board diagnostics systems (OBD), various information systems, navigation, alert services, sensor communications (e.g. oil, engine, airbags, parking sensors, and tire pressure), infotainment, and systems specifically related to safety, like eCall.

For these applications, the connected car relies on the exchange of data through a radio interface. Popular short-range radio interfaces that enable car connectivity are Bluetooth, Wi-Fi, wireless power, and NFC. Other interfaces rely on cellular networks (GSM, UMTS, LTE) and enable applications like eCall.

Other existing applications related to safety are, for example,

A leap forward in terms of car safety can be achieved with eCall. This technology uses cellular networks to inform emergency services when an accident happens with the car, even when its passengers or driver are unable to call for help or even speak. Lack or loss of connectivity can hamper the functionality of a system, so ensuring a stable connection is vital.

However, the deployment of newer cellular technologies is happening at a much faster pace than the rollout of eCall. eCall relies on 2G or 3G cellular coverage, while carriers have already deployed 4G and are trialing 5G. Today, eCall is affected by signal outages or low signal strength.

Needless to say that, in the not so distant future, 2G networks will be disconnected. And while 2G and 3G networks have a relatively good coverage, in Europe at least, there are several bands in use for this type of network. eCall modems must support various bands to ensure correct interworking with cellular networks across Europe.

LTE, the most popular 4G technology, has been deployed already in many countries or is being deployed as we speak. Interestingly, many people are unaware of the fact that LTE is a non-voice, data-only technology. Most smart phone users make use of 4G technology for the high-speed data coverage, but do not know that the technology does not support voice calls.

Voice calls today are possible only because phones actively ‘degrade’ into 3G mode when an incoming call arrives or when its user initiates a call. This, however, will change with the introduction of the new VoLTE technology, which does support voice calls over LTE.

In fact, 126 operators in 60 countries are investing in VoLTE deployment, studies, and trials, including 55 operators that have commercially launched HD voice service using VoLTE in 34 countries (based in GSA).

In an ideal world, the car industry will join forces with carriers to ensure wide coverage of all mobile network technologies, whether our connected car user is driving on a highway through the mountains or on a rural road close to the sea, and whether they are using a 3G, 4G or VoLTE network.

By combining strengths and developing a dedicated testing program, eCall and other safety applications are sure to work properly. To ensure the connected car ecosystem is interoperable, other aspects need to be considered as well.

In fact, the role car manufacturers and technology providers play in the market, together with their responsibilities, needs to be clarified further. Only then can we ensure a successful development of the connected car world.

Written by Janie Baños and Fernando Hardasmal, DEKRA. DEKRA Certification B.V. is an independent third-party testing, inspection, and certification body and is in no way affiliated with, nor contracted by nor otherwise linked to any of IoT For All’s sponsors nor their products.