Every vote counts, but not every vote is counted. 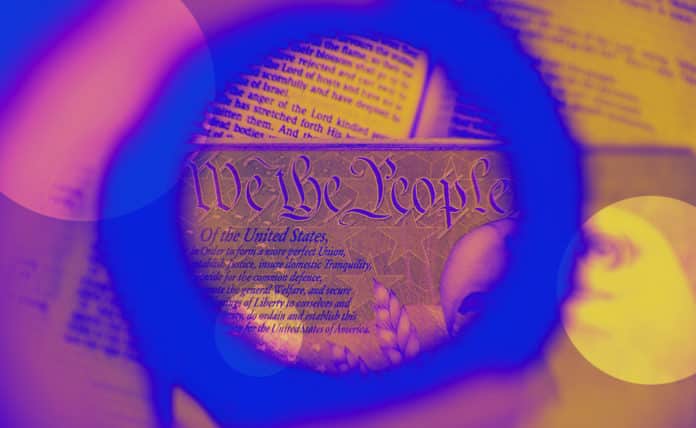 “Voting machines around the United States are coming to the end of their useful lives. Breakdowns are increasingly common. Spare parts are difficult, if not impossible, to find. That could be a serious problem for [this] year’s presidential elections.” — Report: America’s Aging Voting Machines Could Present Election Problems, Pam Fessler of NPR.

Whether or not you believe Donald Trump’s allegations that the election is “rigged”, widespread issues with the election process pose a large threat to the United States’ democratic process.

In a democracy, it’s essential that the citizens of the nation have the right to contribute their voices, to have a say in the direction of their country. And yet, the Brennan Center for Justice reports that several hundred thousand votes in the 2008 and 2010 elections were not counted.

As you can see in the graphic above, the vast majority of machines across the US are over ten years old.

“The voting systems used in the United States today are complicated machines; each runs on tens of thousands of lines of software code. As with automobiles and airplanes, automatic garage door openers and lawnmowers, occasional malfunctions are inevitable — even after rigorous product testing.

When it comes to system failures, however, voting machines are different from automobiles and airplanes, and other products, in at least one important respect: for the vast majority of voting systems in use today, (1) manufacturers are not required to report malfunctions to any government agency” — Voting System Failures: A Database Solution, Brennan Center for Justice.

So when issues do inevitably occur, there is no way to ensure that those same issues don’t occur in other machines across the country.

“American elections are marred by major design problems. As smartphones and computer tablets have convinced many people and businesses of the importance of good design and usability, elections have changed far more slowly.” — Better Design, Better Elections, Brennan Center for Justice.

In the 2008 and 2010 elections, the Brennan Center for Justice estimates that over 400,000 absentee or provisional ballots were rejected because they made technical mistakes completing the forms or preparing and returning the envelope.

Also, poor ballot design has been shown to disproportionately affect elderly voters and voters from lower-incomes. Democracy means that the voices of all groups are equal, not just the able and the wealthy, so better ballot design is critical.

As we upgrade our voting machines, we can choose to connect these machines to the internet, making them Internet of Things (IoT) devices. IoT voting machines offer many benefits:

But there is also a substantial risk:

That risk is security.

Security is a huge issue with IoT devices right now. Just a few weeks ago, a massive distributed denial of service (DDoS) attack was launched at DNS provide Dyn. This meant that large parts of the internet were completely shut down.

The attack was made possible by an estimated 100,000 IoT devices that were unsecured. Hackers took control of these devices then used them to launch the DDoS attack.

Now imagine if that were targeted at connected voting machines during the election? Voters would not be able to vote.

Or even worse, if the voting machines themselves are unsecured, they could be open to tampering. That could be tampering from abroad (such as Russia deciding to take an active role in our election) or tampering domestically (such as a political party trying to artificially turn the election results in its favor). Either way, it would be an attack on the foundation of democracy.

Security should be the priority in IoT.

Voting machines will eventually be connected to the internet, the benefits are too great to ignore. But as we reap the rewards we’ll also have to be wary of the security risks and prepare adequately.

As we see billions of IoT devices continue to be connected to the internet, security needs be the priority rather than an afterthought.

A Beginner’s Guide to Securing Your IoT Devices

Safeguard Your Industrial Assets by Training Your Shop Floor Team in...

Boosting: Can One Algorithm Save the World?