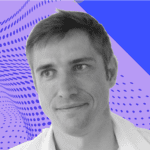 In episode 07 of the Let’s Connect! Podcast, Jeremy Prince, recently named CEO of Sigfox Group, joins us to talk about how 2020 changed IoT, what effect the pandemic has had on the industry, and why it looks like we might be on the edge of a nascent boom time in IoT.

Jeremy Prince joined the Sigfox corporate office, headquartered in France, as Chief Strategy Officer in 2018. In this role, he worked closely with Ludovic Le Moan, CEO and co-founder of Sigfox on key initiatives and the company strategy.  As part of the Sigfox Executive Committee, he was in charge of Sigfox Spain, Sigfox Germany and Sigfox USA. In order to strengthen and accelerate the business in the U.S., Jeremy was appointed to President of Sigfox USA in 2019, while remaining on the Sigfox Corporate Executive Committee.  Recently, he was promoted again and named CEO of the Sigfox Group.

Interested in connecting with Jeremyon how 2020 changed IoT? Reach out on Linkedin!

Sigfox is the 0G network pioneer and the world’s leading Internet of Things (IoT) service provider. Sigfox offers a unique combination of ultra-low cost and ultra-low power technologies supported by a global network, enabling businesses to gain visibility and track their assets worldwide. With more than 17 million connected devices and 60 million messages sent a day, Sigfox helps its customers to extract crucial data at the lowest total cost and to accelerate their digital transformation in key areas such as Asset Tracking and Supply Chain. ISO 9001 certified and surrounded by a large ecosystem of partners and IoT key players, Sigfox was founded in 2010 and is headquartered in Toulouse, France, with offices in Boston, Dallas, Dubai, Madrid, Paris, Sao Paulo, Singapore and Tokyo. Follow Sigfox on Twitter!

Smart Cities IoT For All - May 31, 2022
Dan Mathers, President and CEO of eleven-x, discusses smart cities and the four key drivers

Tips for Accelerating Your IoT Solution

Industrial Internet of Things IoT For All - May 26, 2022
Brandon Satrom, Vice President of Experience Engineering for Blues Wireless, sits down with Ryan Chacon to discuss accelerating IoT solutions on this episode of the IoT For All Podcast.