Predictive Maintenance and IIoT - IoT For All 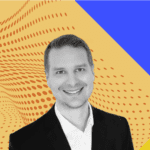 In episode 04 of the Let’s Connect! Podcast, Mikko Niemi of Silicon Labs joins us to talk about Predictive Maintenance, Human-Machine Interfaces, Asset Management, and all things IIoT.

Mikko Niemi is a Senior Product Marketing Manager at Silicon Labs, responsible for Industrial IoT solutions. Prior to joining Silicon Labs in 2019, Mikko worked at Landis+Gyr, a global market leader for smart energy and IoT solutions, for nine years. He held various leadership positions at Landis+Gyr in product management, technical sales and customer project management. Mikko is an inventor in two edge intelligence smart energy patent applications, and he has more than a decade of experience in delivering integrated end-to-end enterprise and IoT solutions. Mikko holds an M.Sc. degree in engineering from the Tampere University of Technology in Tampere, Finland, and an MBA degree from Texas A&M University Commerce in the United States of America.

Interested in connecting with Mikko? Reach out on Linkedin!

Silicon Labs is a leading provider of silicon, software and solutions for a smarter, more connected world. Its award-winning technologies are shaping the future of the Internet of Things, Internet infrastructure, industrial automation, predictive maintenance, consumer and automotive markets. The company’s world-class engineering team creates products focused on performance, energy savings, connectivity and simplicity.  Key products include wireless SoCs, modules and MCUs used in various applications across different market verticals in both industrial and consumer applications.

3:40 IoT Healthcare and the Miracle on Ice